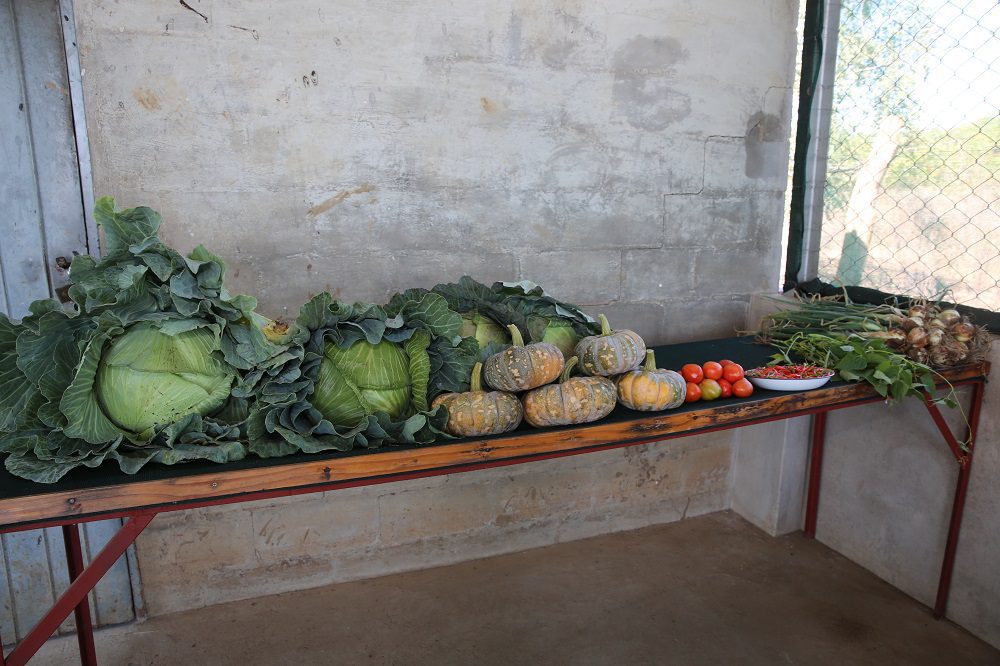 “Before ZIRP, the scheme was operating at less than 41%. All the activities that have been implemented here by the different partners have restored productivity of the scheme to what it was in 1997 when the scheme started,” Lovemore Mboko, the chairperson of Maunganidze Irrigation Schemes beams. He outlines the various interventions which the scheme benefited from through ZIRP.

ZIRP leveraged on the comparative advantages of the different UN agencies to deliver a holistic program. For restoration of agricultural productivity in the irrigation schemes, Food and Agriculture Organization (FAO), United Nations Office for Projects Services (UNOPS) and World Food Programme (WFP) all contributed to resilience building and climate smart agriculture.

‘’When we came in, farmers were just producing crops without the market to sell,” explains Philemon Chimwe, the ZIRP Farm manager at Gudyanga Scheme. “That is when we made the decision to engage private sector players and link them to farmers. We now have the Chilli Pepper Company based here at Gudyanga Irrigation Scheme and contracting farmers to grow chillies.” Processing and value addition at the schemes has improved the income of farmers.“With chilli peppers, I harvest 100kg a week and earn $104 every week,” Senzeni Makoni, a farmer at Gudyanga Scheme explains. Market linkages have seen farmers like Chandafira Sithole of Maunganidze Scheme earn as much as US$2,448 through tomato crop in 4 months from the same plot where they used to get about US$400 growing maize.

In addition to crop selection, farmers are supported with capacity building on good agricultural practices, environmental stewardship and business management. The irrigation scheme management committees are also trained to effectively run the schemes.

Irrigation infrastructure in the schemes was damaged extensively by Cyclone Idai. Through engagement of community workers, UNOPS conducted conservation works within the schemes before rehabilitating and constructing canals. In keeping with “Build back better” principles, the design of the canals improved water conveyance and use efficiency. “Electricity shortages derailed progress at the scheme because usually during the day we experienced power cuts and that meant work would be put on hold”, explains Edmore Mutsavi, Associate Electrical Engineer at UNOPS. The project has installed hybrid solar systems to power the boreholes and provide adequate water within the schemes. The schemes were fenced off to protect the crops from livestock. The interventions at the Maunganidze scheme, for instance, have extended beyond the 84 farmers who own plots. Farmers can now afford to employ helpers to maintain and harvest their crops. Irrigation scheme committee members are now hosting other schemes on ‘look and learn’ visits to replicate the good practices implemented under ZIRP.

Through the integration of UN agencies working as “One Project, One Team”, farmers in the 7 irrigation schemes that ZIRP supported are better able to withstand future climatic shocks.