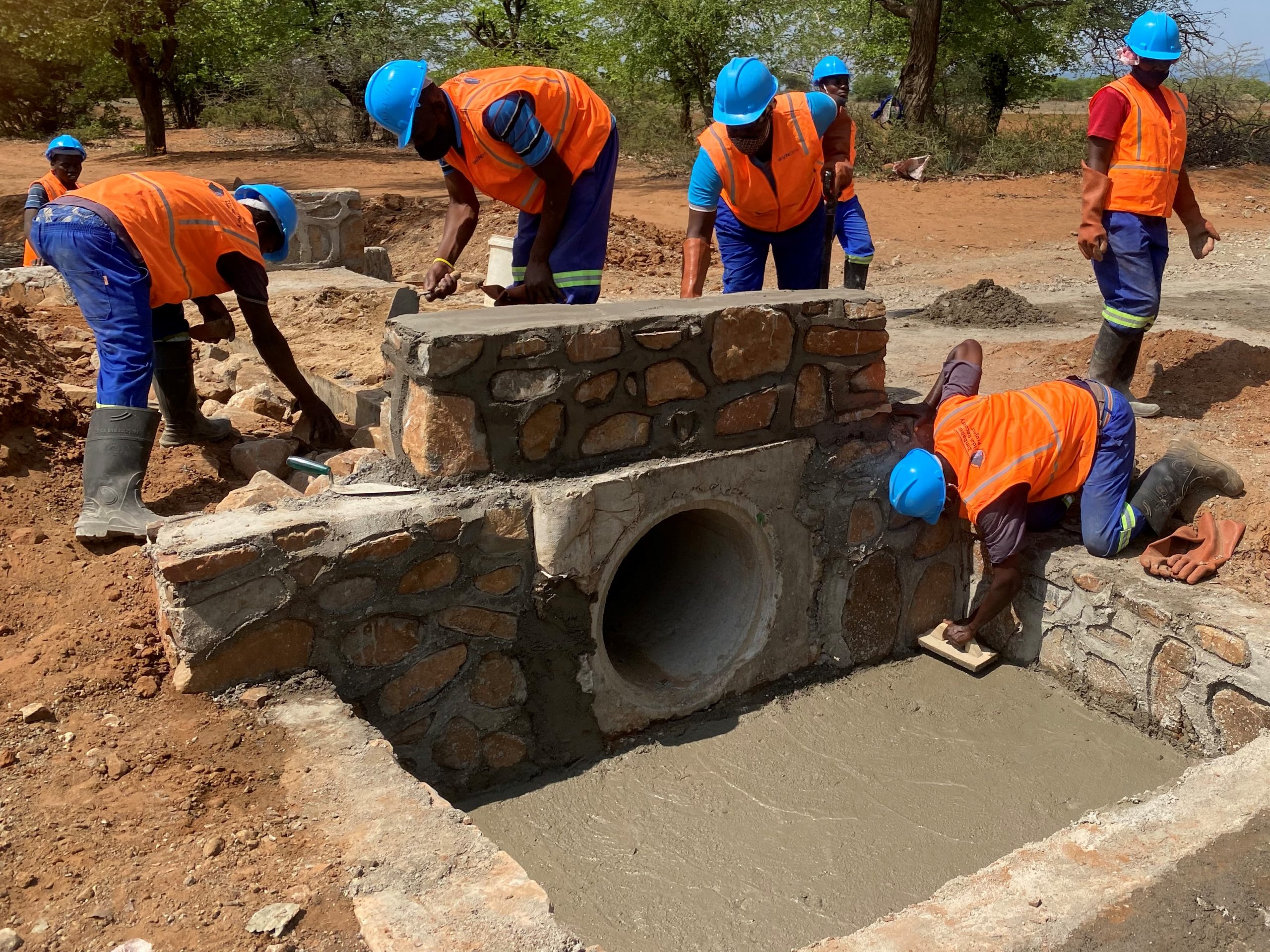 “At around 12 midnight on that fateful night of Cyclone Idai, my house and all my belongings were washed away,” narrates Josephine Kazemba from Nyamusundu village in Chimanimani. “I am a widow with two young children,’ she continues, tears visibly welling up in her eyes. It’s been three years since Cyclone Idai hit Zimbabwe, causing unprecedented damage and loss of lives. The memories and pain of that day and the seemingly long months that followed will not easily fade as communities try to rebuild their lives.

Thankfully, they have not had to do this on their own. The Zimbabwe Idai Recovery Project (ZIRP) funded by the World Bank and managed by the United Nations Office for Project Services (UNOPS) is one of the largest response programs to the disaster. “The approach under ZIRP has been to implement a mix of early recovery and medium term interventions across multiple sectors leveraging on the expertise of 8 UN agencies under this project”, Djibrilla Mazin, Country Manager for UNOPS in Zimbabwe, explains. ZIRP is providing support in Food Security, Health, WASH, Education, Infrastructure rehabilitation, Gender Based Violence (GBV) support and Displacement Tracking implementation across 9 districts which were affected by Cyclone Idai.

Since the project commenced in 2019, ZIRP has reached more than 245,000 people with food assistance, agriculture and livestock support. Nearly 660,000 people have received free basic healthcare services. 29,600 households have restored access to water and sanitation facilities. 88,500 students were supported with education supplied to ensure continued learning. 5,400 survivors of GBV have received assistance through ZIRP. ZIRP has produced a report on displaced populations to inform on their needs. These numerous results have been amplified by the collaboration of the UN agencies – FAO, IOM, UNICEF, UNFPA, UNESCO, UNOPS, WFP and WHO with support from various government arms coordinated through the Department of Civil Protection.

More than emergency response, building resilience in these communities has been pertinent. Since Cyclone Idai, the same communities have been hit by Cyclone Chalane, Eloise and Batsirai. Flood and landslide risk maps done by UNESCO under the project show the vulnerability of the communities to disaster shocks. Sustainability is therefore embedded into all activities under the project. Josephine Kazemba and over 1,000 others, for instance, have been trained as community workers on the rehabilitation of roads and irrigation infrastructure. The same ethos on capacity building and local ownership has been carried by FAO, UNICEF, UNFPA and WHO working in revitalisation of agricultural productivity and restoration of basic healthcare and WASH services. Community structures of Village Health Workers, Community cadres, Irrigation Management, Livestock Development, Drinking Water Safety and Security and Water Point Committees have been strengthened as a result.

ZIRP is now in its final year of implementation where infrastructure works on roads, schools, health facilities, irrigation schemes, dip tanks and large piped water schemes will be completed.