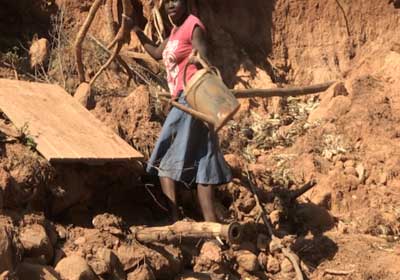 A top U.N. official for humanitarian affairs and emergency relief said Monday Zimbabweans in the storm-hit areas are still struggling.

Ursula Mueller said the situation in the cyclone-hit areas of Zimbabwe is still “devastating and distressing.” She said people are still food insecure and cannot access basic health care.

“This is particularly distressing for people living with HIV who face a double dilemma of being unable to access drugs,” she said. “Even if they can access them, not be being able to absorb them on an empty stomach.”

Mueller, who is visiting Harare, said the U.N. and its partners have received just 40 percent of the $294 million they appealed for to respond to the effects of Cyclone

That is certainly not good news for people like 79-year-old Everisto Gambire, whose home was totally destroyed by Cyclone Idai. He survived, but not his four grandchildren.

“It’s still painful up to now,” he said. “They had grown up and I could manage to send them to do some chores like cleaning dishes when their grandmother was not around. The loss is still troubling my mind. My son Mathew is really hurt too for his loss of children. He is suggesting of relocating. Remaining here in this place is troubling him.” Read full article here