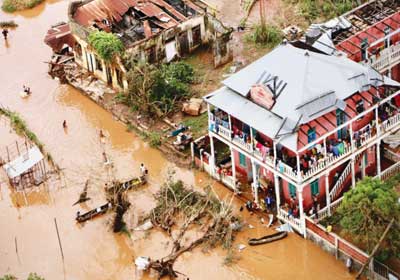 Cyclone Idai Aftermath: No Maize, No Money, No Future

The deadliest African cyclone, to date, tore through Zimbabwe, Malawi and Mozambique in March, leaving a trail of death and destruction.

The worst is yet to come for survivors.

The deadliest cyclone to ever hit Africa, Idai, overnight, ripped through Mozambique and then tore into Zimbabwe and Malawi, leaving a long trail of destruction in its wake.

Trees were uprooted, so were people, in the millions.

Roads were washed away, houses destroyed and bridges torn from their edifices. Worst of all, the raging muddy waters killed at least 847 people, affected about two million and destroyed several hundreds of thousands of crops. The devastation caused by the cyclone is almost unimaginable as, in these three countries, bodies could be seen floating in water where there used to be villages.

“This was unimaginable. I am in the military but I have never seen such. People are desperate for help and have lost everything,” says Brigadier General Joe Muzvidziwa, who is helping survivors in Zimbabwe.

For those who did survive, the worst is yet to come. Many of them will mourn the deaths of their loved ones on empty pockets and growling stomachs.

The drive to Zimbabwe’s hardest hit district, Chimanimani, is long and painful. A mere six days after the furious waters swept away most parts of the villages in the area, the ground is dry but the pain and destruction still palpable.

We struggle to drive into the villages as trees and debris still block the roads and bridges have been decimated.

We continue our journey on foot and meet many with no place to call home. One of them is Tsitsi Mungana. Read full article here